Trattoria Don Pietro pays homage to Sicilian upbringing, a mother’s recipes, a father’s courage, and a new way of life .

Trattoria Don Pietro – By Sal Busalacchi, is named after his late father, a fisherman who made his way to America in December 1965. A father who would unknowingly spark change in the landscape of gastronomy in San Diego for many generations to come.

From baking bread at the original Solunto’s Bakery in Little Italy as a child, to traveling the world as a fisherman, to his ventures at Hollywood Pizza and Specialty Italian Imports – Sal has spent his entire life around his culinary passion.

With a menu of Sicilian specialties made from locally sourced, organic and sustainable products, expect to find only the highest quality Italian imported goods at Trattoria Don Pietro. The restaurant encompasses an open kitchen, a ten seat bar with a television featuring Serie A as well as outdoor patio seating.

We look forward to welcoming you in and providing you with an experience you will never forget right here in the heart of Old Town, San Diego, California! 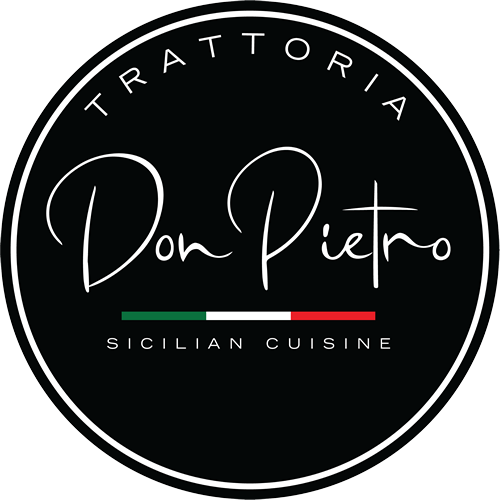